Back to All Equipment / Gear Articles

Wally Heider was a recording engineer, whose career started in the 1940’s with the big bands and orchestras.  He learned from his mentor, Bill Putnam, (a leader in modern recording at the time), at United Western Recorders, Hollywood.
After some time, and making a name for himself, he decided to venture on his own. In 1966, he did recordings at the Monterey Jazz Festival and the Monterey Pop Festival in 1967, and then went on to opening his first recording studio in 1969 at 245 Hyde Street, San Francisco. He quickly built up a reputation as an in-demand recording engineer in his own right, producing high-quality work.

The UA610 Console at Audio Garden 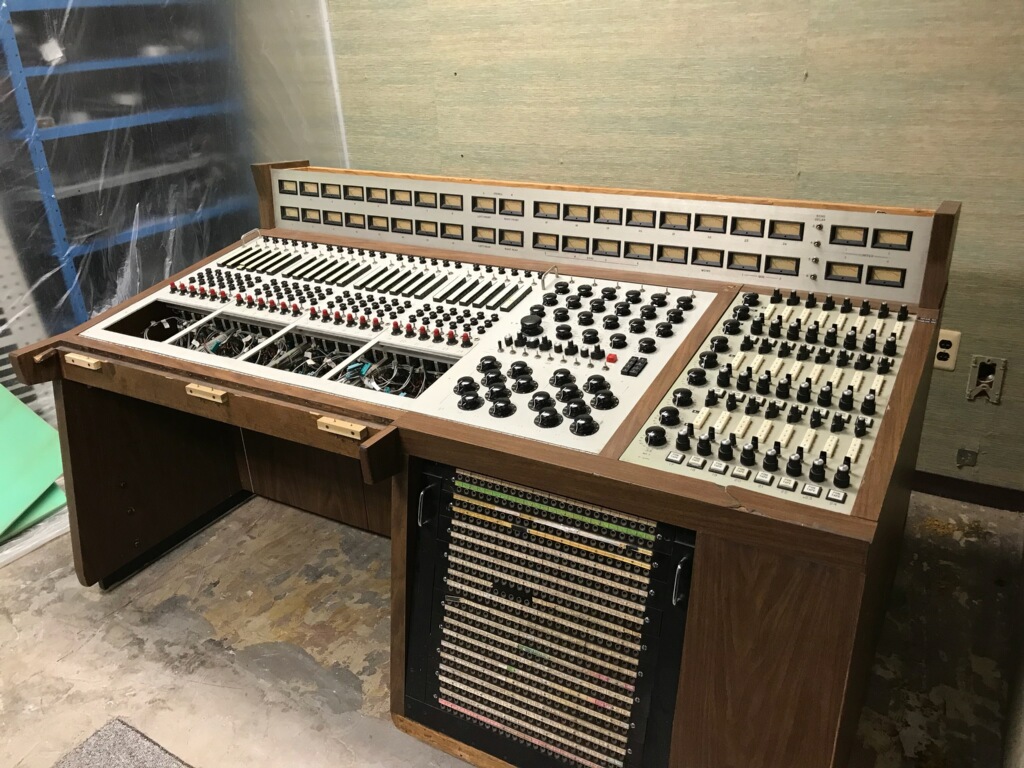 Frank DeMedio built all of the studio’s custom gear and console. He used  UA610 (Universal Audio) amplifiers to build the console. It has 24 channels with an eight channel monitor and cue, military grade switches, level controls, and one preamp for everything in a channel. The monitor speakers were modeled after Putnam’s design. It included the Altec 604-E speakers, powered by McIntosh 275 Tube power amps.

This famous console has a lot of history. This is where Jefferson Airplane recorded their album, Volunteers. Other well-known artists such as: Grateful Dead, Steve Miller, Santana, and many more also began here. Perhaps the most famous recording at Studio C was Crosby, Stills, Nash, and Young‘s album, Deja Vu. Creedence Clearwater Revival was so impressed with the studio that they named their record, Cosmo’s Factory, after Heider’s studio.
Bill Halverson, Stephen Barncard, and Glyn Johns were other well-known engineers on staff at Studio C at the time.

Heider’s work spanned from the Big-Band era to rock bands, for which he was best known during the 1960’s. Regardless of the eccentricities requested by various artists, he was quite accommodating for any need they had, no matter how unusual it seemed. For example, when Grace Slick wanted to sing surrounded by light at a Jefferson Airplane session. To facilitate, Heider brought a ring of lighted cans into the studio.
Heider had planned to build four studios — A and B on the ground floor and C and D upstairs. Studio B was never finished and became a game room. Audio Garden has recently acquired all of Studio C and part of D.